In DepthWindow for peace narrows amid renewed fighting

A week into the third round of fighting in northern Ethiopia, the chances of a peaceful outcome are all but gone. The federal administration and the Tigray People’s Liberation Front (TPLF) are both fully committed to a “battle to the end” in the absence of both internal and external engagement to make a forced demand for peace.

Both parties are increasingly committing to their military plans on the ground. In particular, the federal administration has claimed that the TPLF launched unprovoked war, mobilizing children as human shields on the front lines of battle.

To avert the TPLF advancement, the Ethiopian National Defense Force (ENDF), Special Forces, and local militias from the Amhara regional state, who are engaged in combat in the border regions between northern Amhara and southern Tigray, are announcing that they are more than prepared to completely destroy the TPLF, having taken note of its prior strategies.

On the other hand, TPLF has also been pushing for the war despite the suffering of the people in Tigray, Amhara, Afar, and other parts of the country. The TPLF accuses the government of attacking children’s schools in Mekelle and of asking Eritrean troops to fight TPLF in western Tigray. A week after the country spiraled into another wave of fighting, military personnel on both sides are stating they are prepared for a full-fledged conflict.

However, as Ethiopian top officials revealed that Ethiopia’s “historical adversaries” were sending military aid to the TPLF, the war is turning into a proxy conflict in which the TPLF serves as a Trojan horse for regional and global forces with an increasing interest in Ethiopia.

Despite the fact that the opposing sides have been accusing each other of firing the first canon, there has been little movement toward returning to peace the talks initiated a month ago under the AU leadership.

According to some insiders, the diplomatic effort was flimsy from the start, and it was designed to buy time for additional military preparations.

The Government Communication Service emphasized this in a statement made earlier this week: “The international community should do everything possible to put pressure on the belligerent faction to resolve the situation peacefully.” It urged the people of Tigray to liberate themselves from the “TPLF’s tyranny and to condemn the aggressor.”

War was unavoidable, especially after the TPLF held regional elections in Tigray without the authorization of the federal government in 2020.

Despite the fact that Prime Minister Abiy Ahmed’s administration seized power peacefully in April 2018, the tensions between the two grew insurmountable as the TPLF refused to acknowledge the new administration. However, the AU-led peace talks largely failed because the TPLF wants everything to return to pre-war conditions before November 2020, when western Tigray is under Tigray’s authority and basic amenities are given in Tigray.

The federal administration, on the other hand, wants a return to pre-1991 border issues.

However, party differences grew, in part because foreign powers’ shuttle diplomacy in the Horn of Africa became more about representing foreign powers’ interests than fostering peace.

The international community, which appears to have exhausted its efforts to arbitrate between the warring parties, did not even issue a forceful statement in the aftermath of the resumed fighting. Of course, no one in the international community is in a position to denounce the large-scale war that has erupted in northern Ethiopia, according to Prime Minister Abiy Ahmed (PhD).

“Those who call themselves aid groups, the international community and mediators, all oppose our efforts to unite Ethiopia. They are only thrilled when we fight each other,” Abiy said, emphasizing the federal government’s declining trust in foreign mediators.

Experts also think that the time for returning to the negotiating table is dwindling, as both parties are preparing for a complete triumph this time. 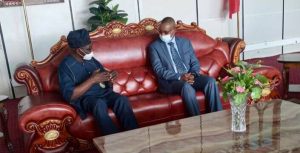 The war, according to a political expert who spoke on condition of anonymity, is past the point where negotiation is effective. “The war cannot be stopped now by either party. Going back to negotiate causes a political problem for the federal administration. Local forces in Amhara are suffering, and they want to put an end to the conflict once and for all,” said the political expert.

“So, even if the federal government wanted to, it couldn’t. The TPLF cannot participate in peace talks unless its foreign sponsors quit funding the group. They are also desperate to regain Welkait in order to get access to Sudan,” added the expert.

The expert believes, while the possibility of a peaceful resolution is not fully eliminated, it cannot be resolved sooner than the fate of Welkait is decided by force.

The federal administration can directly accuse external forces of supporting the TPLF, according to the expert. “The federal administration has information that Sudan, Egypt, and certain western troops are supporting the TPLF. If the world community truly desires a peaceful outcome, it must condemn the groups that support the TPLF. Foreign opponents are also being created as a result of the Grand Ethiopian Rainessance Dam. These soldiers may potentially aid other insurgents across Ethiopia in their efforts to destabilize the federal authorities.”

Another expert on regional politics in the Horn of Africa believes that the prospect of a peaceful way out of the third wave of conflict will not be determined by the TPLF and the federal government.

“The main reason for the third episode of war last week was that foreign interest groups were unable to reach an agreement on the situation in Ethiopia. Since the humanitarian cease-fire five months ago, the United States and Europe have sided with the federal government,” said the expert.

For the expert, the Russia-Ukraine connection is driving the West to back Abiy. “Otherwise, Abiy would rally the entire African continent to reject the West in favor of Russia. Unlike the last two wars, the west does not see the federal government and the TPLF on the same footing. The west’s stance toward the TPLF is changing, in part, as a result of the gasoline theft in Mekelle.”

“Other interest groups, however, including Egypt and its allies, back the TPLF. Egypt is destabilizing the country after Ethiopia proceeded to fill the dam without the legal agreement that Egypt demanded. There are so many outsiders involved in this fight. The conflict will continue unless they all agree,” added the expert.

Some analysts assume Abiy’s trip to Algiers is to normalize the situation with Egypt.

Egypt, which recently requested that its forces be deployed in Somalia to combat Al-Shabab, is regarded as instigating violence in Ethiopia by using neighboring nations as a stepping stone. Observers believe that the United Arab Emirates, Saudi Arabia, and Turkey are in a stronger position to intervene in the Ethiopia-Egypt dispute.

Ethiopia and Algeria are members of the G4, a group of four countries founded in February that also includes Nigeria and South Africa.

The African Union, which was on the verge of bringing the warring parties to the negotiating table, likewise remained silent days after the war erupted.

As a result, unless the fighting parties agree to peace on their own, no external agency can enforce a call for a required cessation of hostilities. However, it looks that there is little opportunity for peace as the TPLF, federal government, and provincial administrations rally the general populace to be war-ready.

It is anticipated that the country will suffer tremendously if there are no peace talks. A war that persists can endanger the very life of the state by fostering internal insurgencies and militarily supported border disputes with neighboring countries, in addition to the human and economic suffering it causes.

Experts emphasize that while one of the two parties to the conflict might militarily prevail, peace will not be achieved.