For elite athletes, winning a marathon is the ultimate achievement, in addition to being hailed as a hero. Competing in the event and completing the 42 kilometers is not an easy task, even for fitness and performance athletes. The elation seen on the faces of athletes after completing the distance is palpable. 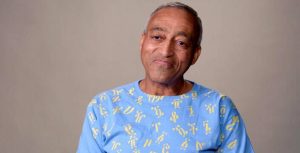 Only a few, who have shown the ability and poise to perform in the race, have managed to raise the flags of their country amidst the billions of people in the world. As well as being successful in the distance, Ethiopia has fielded athletes who have not only managed to finish the race but broken records along the way.

Iyob Tesema, an athlete who has lived in Los Angeles, California for the past 40 years was born and raised in Addis Ababa. At the beginning of his sporting career, he spent his childhood with former youth clubs Airline and Black Lion. He has played football for 19 years in college, the North American Ethiopian Sports Federation, and the Brazilian minor professional teams.

At that time, Iyob believed he was a multi-faceted sportsman. In 1995, he started to participate in his favorite 42-km marathon by running his first at the Los Angeles Marathon. He was only able to complete the distance by participating consistently for more than three decades.

Apart from the Los Angeles Marathon, he has taken part in the Boston, New York, Chicago, Berlin, and Japan marathons, managing to complete several long-distance races.

Iyob has managed to run over fifty marathons by the age of 50, and he completed his 74th marathon around Los Angeles last July, meeting the criteria to compete in next year’s Boston marathon race.

He has managed to run 3108 km, participating in various marathons. He has also completed 89 half-marathon races and several 10 and five-kilometer road races.

Performing well in a marathon and doing it consistently takes its toll on the body. Even the most renowned long-distance runners struggle with the endurance required to perform at an elite level. Even the world’s best athletes have a limited window to compete in different races and become synonymous with the distance.

Iyob’s accomplishments in the races probably set him apart from most in the world and his determination to keep racing serves as an inspiration to others.

At the recent 18th World Athletics Championships held in Oregon, US, where Ethiopian athletes achieved what many thought was a thing of the past, Iyob stood by the side of the delegation, contributing in any way he could.

“As the championships were underway in Eugene, my mind did not allow me to sit at home and watch the athletes who were the pride of Ethiopia only on TV,” Iyob said. A day after he took part in his 74th marathon, he visited the athletes’ village in Oregon.

Not wanting to meet the athletes empty-handed, he decided to do something using the recognition he gained from running the Los Angeles marathon for 27 consecutive years, becoming a “Running Ambassador” for various social and other charitable organizations.

“I packed 60 commemorative T-shirts in my suitcase as a promotional sample for the Ethiopian sports delegation, who are my brothers and sisters whom I love, admire, and respect. I presented them to Derartu Tulu,” he said.

In 2004, he was named “The Most Inspiring Runner in California” and, over the next two decades, successfully secured numerous sponsorships and endorsements from famous brands like Saucony, Nike, Asics, k-Swiss, Sketchers, Hokana, and others.

Amongst his accomplishments, Iyob is the founder of Legacy Runners, and is a media personality who has been involved in several road races throughout the state of Southern California. Los Angeles Sports and Fitness Magazine gave him extensive coverage, and KNBC Channel 4 Sports and KTLF Channel 5 Television have featured him as a guest speaker. He was also able to appear as a guest of honor on other social media programs.

Iyob was recognized by the California State Council in 2014. The Los Angeles City Council and Mayor, Eric Garcetti recognized his 20 years of community sports activities and for completing “fifty marathons at the age of 50.”

Along with his extensive activities in community sports, Iyob has worked as a running ambassador for many charities, raising awareness and various grants. Among them, the Hirshberg Pancreatic Cancer Society, World Vision, American Heart Association, Fregenet Children’s Education Foundation, and the Ethiopian Community Organization of Los Angeles (ECLA) are involved in raising money for various charities.

Iyob is also the founder of the LA Endurance Sports Consulting Group, which provides services related to physical fitness and sports to the community. He also works as an athletic trainer and counselor, and is regularly invited to give motivational speeches to both Amharic and English audiences.

Iyob says he is more than willing to do his fair share for the betterment of athletics.

“I am willing, ready, able, and most uniquely positioned to freely share and meaningfully contribute to the betterment of the Ethiopian Athletics Federation as an organization, sports enhancement in general, and the overall health of the people,” Iyob said.

Black January, a fuel for Azerbaijan’s...