In DepthNot a good year

Not a good year

Both optimism and worry dominated the just-ended Ethiopian year. A year that began with aspirations for wider peace and stability in the nation ended with the resumption of another deadly conflict. In a war with no apparent end in sight, thousands of people are still dying in the highlands. The economy is still in a difficult situation after recovering a little in the last Ethiopian year, on the top of the stockpiled macroeconomic problems. 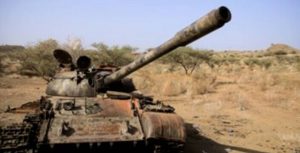 It was such a challenging year. In the last year, more than the year before, the effects of the one-year-old conflict was felt. This is especially true in terms of the economy. The cost of living remains high despite recent indications that inflation is slowing down nationwide.

“The government found it difficult to contain inflation and in the third quarter of the past fiscal year started to slow down the pace of depreciation of the national currency. Maybe this contributed to stabilize the inflation rate somewhat but it may also have contributed to foreign exchange shortage in the economy,” Patrick Heinisch, an economist said.

Some conflict-affected areas are experiencing a more than 1000 percent increase in commodity prices as a result of severe supply shortages. It is still a problem in the country’s north, particularly in Agew Zone, Tigray Region, and parts of Afar Region.

“Up until the resumption of the war, I was sending money to my family living in Tigray, paying 30 birr for every 100 birr I transfer,” said Kirubel, whose last name is withheld for security reasons. “For obvious reason, this is not something normal in a country with a sound economic condition.”

Kirbuel’s story is actually the tip of the iceberg. Just two months after the previous Ethiopian year began, Ahmed Shide, the Minister of Finance, was among the first to voice concerns about the status of the economy. In the same broadcasted speech on the state broadcaster in November 2021, his comrade Yinager Dessie, the governor of the National Bank of Ethiopia (NBE), did not conceal the fact that the economy was poised to collapse because of the war.

It didn’t take long for Prime Minister Abiy Ahmed (PhD) to react. While also paving the way for a negotiated settlement with the warring party in the North, the Tigray People’s Liberation Front (TPLF), which the Parliament designated as a terrorist organization, his administration declared a humanitarian truce. Humanitarian organizations had relatively easier access to provide food supplies to people in the war-torn region.

First, some progress was made in the effort to bring about peace. The economy showed signs of improvement, and the IMF, which had previously included Ethiopia on its list of nations with unpredictable and unstable economies, predicted that it would rebound. Soon after the ceasefire in North Ethiopia, the other Bretton Woods organization, the World Bank, similarly predicted Ethiopia’s economy would revive.

Though such encouraging developments helped the government rebuild its ties with the West and western financial institutions, they did little to prevent the country’s fundamental problem—the shortage of foreign currency. From approximately USD two billion to barely USD 290.7 million in loans, development partners and lenders cut their commitments.

The net inflow of external debt was negative USD 551 million, indicating that the amount of creditor loans disbursed was less than the principal amount of debt the government was servicing.

Businesses have also faced a financial crisis due to the forex shortage, a situation that has plagued them for decades, though some found last year to be their most difficult ever.

More than any other businesses, those involved in the water bottling industry felt the pinch. Twenty water bottlers had to shut down because they were no longer able to run their businesses due to a lack of inputs, and they had even reached a point where they were unable to pay their employees’ salaries.

Overall, access to foreign currency remains challenging for businesses. At the end of 2021, foreign exchange reserves stood at USD 1.6 billion, or 1.3 months’ worth of imports of goods and services. 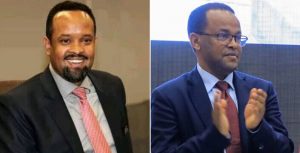 The authorities tightened foreign exchange regulations numerous times over the previous fiscal year in response to the shortage, upping the percentage of foreign exchange companies’ must surrendered to the government (central bank) to 70 percent. Even exporters had to deal with the shortage because the restriction prevented them from using more than 20 percent of the foreign exchange they had earned.

Another major economic burden that persisted in the country last year was the widening budget deficit, made worse by the war in the North, which increased spending for military. The budget deficit widened and is now expected to exceed 300 billion birr this year, which is more than twice what it was in the just-ended fiscal year. These difficulties compelled the government to take desperate decisions, such as freezing loans or introducing new taxes, in an effort to increase revenue and narrow the mounting deficit.

However, not every problem can be solved.

For many workers in industrial parks, the suspension of Ethiopia from the African Growth Opportunity Act (AGOA), a trade benefit granted by the US to developing countries so they may export their goods without paying an import duty, has been a bad news.

Due to significant layoffs brought on by the suspension, more than five factories have left the park, and over 5,000 workers have lost their jobs as a result.

“The year has been tough for all workers in Ethiopia. From the inflationary pressure to the war that has made many jobless, they have been in a pickle. Some had to live in poverty since their salary is not enough to cover expenses,” said Kasahun Follo, president of Confederation of Ethiopian Trade Union (CETU), urging employers to consider the challenges and make adjustments in the coming New Year.

Although the amount of jobs created by industrial parks is relatively low compared to the agricultural sector, the country had planned to industrialize. For Heinisch, these efforts are now being thwarted.

“Worryingly, since 2019 the share of the industrial sector in GDP has actually decreased. The trend is likely to have continued in the past fiscal year,” he said.

Despite the difficulties last year, industries did well.

Despite some progresses, however, the overall economic condition seems to be in worst shape, according to economists.

“We have undertaken a study and discovered that the economy is not in a stable condition, which is indicated by the unpredictability of the exchange market, the fiscal policy and the forex market, adding to global-wide problems,” said Tewodros Mekonnen (PhD), an economist and a policy analyst.

Another economist, Mengistu Ketema (Prof.), also believes the economy had not been in a good condition last year.

“Inflation was growing, above 30 percent throughout the year. External debt are maturing, thus forcing the country to allocate more budget for debt servicing. The drought in the south also worsened the already tense situation. And when you add all these to the global economic challenges, including the war in Ukraine, it indicates the economy is between a rock and a hard place,” Mengistu said.

For Heinisch, who believes Ethiopia did not experience a “post-COVID” recovery in 2021/2022 as many other countries did, the outlook is more benign, assuming that the war that has broken out again will come to an end quickly and the country can focus on its economic reforms again. “Debt restructuring could free up resources that the country needs for reconstruction but also new investment projects. So there is still reason for hope,” Heinisch concluded.