Hop Lun Ltd., a Hong Kong company that leased eight manufacturing sheds in Bahir Dar Industrial Park, is on the verge of exiting Ethiopia after halting operations since the war broke out in northern Ethiopia. The company lost its export market mainly after the US delisted Ethiopia from the Africa Growth Opportunity Act (AGOA).

The company signed a Memorandum of Understanding (MoU) in 2019 with the Ethiopian Investment Commission (EIC) to lease all eight factory sheds the government developed in the Park. Hope started manufacturing garment products in four of the eight sheds, exporting 100 percent of its products to the US market.

“The conflict in north Ethiopia began shortly after the company’s first export to the US market. So it could not continue operating,” Daniel Teresa, deputy commissioner of EIC, told the House of Peoples’ Representatives (HPR) on November 11, 2022, while presenting the commission’s first quarter performance report.

Daniel believes the company has completely stopped operations because the AGOA benefit has stopped and its machines now sit idle as a result.

“The company is considering leaving Ethiopia. If we manage to retain this huge international firm, its contribution to Ethiopia’s job creation, technology transfer, and exports will be huge,” Daniel said.

A number of international brands that joined industrial parks in Ethiopia targeting the US market under the AGOA duty-free scheme have been shutting down operations and releasing employees following President Joe Biden’s executive order.

Out of the exporting firms operating in the industrial parks across Ethiopia, 90 percent of their market destination is the US.

“Currently, there are no orders because we could not secure the US market. Some companies that came to Ethiopia targeting the AGOA have closed operations,” Lelise Neme, commissioner of EIC, told the Parliament.

In a bid to compensate for the market loss caused by the delisting, the government has allowed the manufacturers to shift to substitute imports for the domestic market, including producing garments for defense and police personnel.

The commission has also been exploring the European market under the Everything But Arms (EBA) and African Continental Free Trade Area (AfCFTA) schemes. However, Lelise says returning to the AGOA market privilege is the only hope now to save the investors’ from disinterest.

“We are trying to reverse the AGOA decision and re-attain Ethiopia’s privilege under the scheme.”

The commissioner says it is working with the Ministry of Foreign Affairs (MoFA) and the Ministry of Trade and Regional Integration (MoTRI) to reverse Ethiopia’s delisting from AGOA.

In January, the US President makes the final decision on AGOA beneficiaries. Some officials believe Ethiopia might retain the AGOA privilege by January since the federal government of Ethiopia and the TPLF signed a peace agreement to stop the war last week.

“A number of international investors are already asking us to join our industrial parks after the peace agreement is reached,” said Daniel, who stressed Hop Lun was one of the ideal investors for Ethiopia. 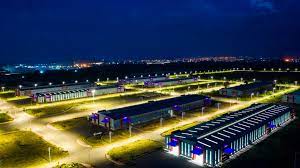