A peek at foreign banks’ appetite in Ethiopia

Over the past decade, a dozen foreign banks have set up representative offices and are already exploring the possibilities in the Ethiopian market. After Ethiopia’s Council of Ministers ratified a banking open-up policy and strategy in early September, a number of foreign banks are considering investing in Ethiopia.

The KCB Group, Deutsche Bank, Commerzbank, Bank of Africa, Ziraat Bank, Equity Group Holdings, the Export-Import Bank of India, Equity Bank, the European Investment Bank, and Standard Bank, among others, have opened representative offices. Even the South Korean Exim Bank has a representative office in Ethiopia.

Other entry modalities also include subsidiary, branch, and acquiring up to 30 percent of local banks. The licensing is expected to start within a year after the NBE amends the Banking Business Proclamation and enacts new directives.

East African banks are the leading ones among the foreign banks arriving at the Ethiopian Investment Commission (EIC) to embark on investment in Ethiopia.

On October 27, the CEO, CFO, and chairman of Kenyan Commercial Bank (KCB) discussed with officials of the EIC possible investments in the Ethiopian banking industry.

“The leaders appreciated the recent decision of Ethiopia to open up its financial sector for foreign investors and expressed their keen interest in exploring the new opportunity to invest,” Temesgen Tilahun, deputy commissioner of EIC, stated.

KCB will bring its 125 years of experience and presence in seven other countries to Ethiopia.

According to The Reporter’s assessment and interviews with foreign bank representative offices in Addis Ababa, there are still some mixed responses regarding their decisions.

However, Kenyan banks are at the forefront of joining their neighboring market. This is basically because Kenyans are already familiar with the political ebb and flow in Ethiopia.

Experts also believe that Middle Eastern banks are interested, whereas European and other banks may take years to reduce their political risk assessment of Ethiopia.

But from an FDI and trade partnership volume perspective, Chinese banks are also expected to arrive, especially to solve the hard currency shortage Chinese businesses face in Ethiopia.

“We do not mind coming to Ethiopia. The issue is that there is a problem in Ethiopia that we did not face when investing in other African banking sectors. The parallel market in Ethiopia is a big problem,” an official of a Kenyan bank, who spoke to The Reporter on the condition of anonymity, said.

There is an assumption that around USD four billion circulates in the Ethiopian black market, according to the official. “So if we come to Ethiopia, we will have to fight with the parallel market. That is difficult.”

The official says it prefers to enter the Ethiopian market after the exchange regime is changed to a floating one but has not yet decided on the modality. “Even if foreign banks bring hard currency to Ethiopia, the problem will not be solved until the regime is floated. Probably it will be a commercial representative office until the hard currency regime is solved.”

Abdulmenan Mohammed (PhD), a financial expert with decades of experience in London, England, has been observing the moves of foreign banks. However, he says big international banks, like those in the UK, are not interested in the Ethiopian market.

“For those big international banks, the Ethiopian market is not that attractive,” Abdulmenan said, adding that interested foreign banks have already expressed certain concerns from the outset regarding the four modalities.

“The NBE said the number of licenses for foreign banks will be limited. The legislation also states that Ethiopians should be on the management and board of the foreign banks, which they did not like,” Abdulmenan explained.

The four options allowed by Ethiopia are almost identical to those offered by other countries. China differs in one modality. While the four are similar, China allows a fifth option that allows foreign banks to operate only in certain cities or provinces, meaning they are geographically restricted.

Of the four modalities, the joint venture is the most difficult to regulate if a foreign bank acquires 30 percent of local banks, according to experts. 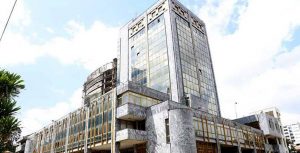 “How will the NBE complement that with only a five percent majority stake allowed for Ethiopian citizens?” asks Abdulmenan. He says that the power of a local major shareholder and a foreign major shareholder in the same bank will not be equal, and the foreigners will completely dominate the local shareholders.

Abdulmenan also says there will be certain complications regarding the liquidity flow between the parent company, the subsidiary bank, and its branches if it is a subsidiary. “Local restrictions will also have an impact. With the existing restrictions, no foreign banks will be interested.”

He believes that the four modalities allowed by Ethiopia might be good alternative, but it is better for foreign banks to come up with their own bank in Ethiopia, with their own capital, brand, technology, and business strategy.

In the 1990s, the majority shareholder limit was 20 percent. It was reduced to five percent after some significant shareholders abused their power. If foreign banks choose to buy shares from banks, though locals will own up to 70 percent of the stake, local shareholders cannot exert influential power because, culturally, Ethiopian shareholders are scattered and not well mobilized.

However, Ethiopia can use the banking open-up policy to hit two birds with one stone, according to Saminas Seyfu, an entrepreneur and financial sector expert who has been observing the trends of foreign banks’ recent activities.

“Ethiopia cannot make the exchange regime float overnight. This will exacerbate inflation. If it is floated without the NBE first boosting its forex reserve, imports will decline, suppressing supply and fueling inflation,” Saminas said.

However, Saminas says Ethiopia can open its banking sector and use it to reduce inflation at the same time. “If Ethiopia opens up the retail market for foreign businesses and floats the exchange rate, then foreign banks can bring in hard currency and finance foreign wholesalers and retailers, solving the supply-side problems and addressing inflation.”

Though some foreign banks prefer JVs, it is complicated from a legal perspective. If foreign banks buy 30 percent of local banks, they automatically become major shareholders. Then the foreign stakeholders start influencing the local shareholders’ interests. However, a subsidiary is more complicated than a JV, according to experts.

“A subsidiary company cannot operate under the strict restrictions of the NBE. For instance, Zemen Bank wanted to operate with fewer branches. However, due to NBE pressure, it was unable to adhere to its own format. As a result, it became like any commercial bank,” Saminas explained, asking if the NBE would accept, say, a subsidiary bank with only five branches.

The experts also recommend that the Ethiopian government should aim to become a regional and continental financial hub instead of just opening up the sector.

Ethiopia, in particular, can learn from the rise of Mauritius and Kenya as African financial hubs. They mainly lowered their restrictions and crafted a conducive environment for foreign bank investments.

“The NBE and policymakers must exit the branch banking mentality,” Saminas said. “The target should be bringing in credible and big international banks and retaining them to stay here.”

The government, according to him, needs to stop considering foreign currency as a monetary policy. “Probably, it is only Ethiopia that is considering forex as its monetary policy tool. Before foreign banks and local banks enter into partnership agreements, there should be a mandatory law that forces them to be listed on the upcoming Ethiopian stock market.”

He believes this will straighten the organization’s structure, conduct transparent valuations, and provide good clarity for shareholders.