People from all walks of life are watching the World Cup penalty shootout on the big screen on top of Medhanialem Mall. There are bank tailors in perfectly pressed suits, street kids with confused looks, and people in expensive cars driving by casually, all captivated by what will be the next surprise in the tournament. 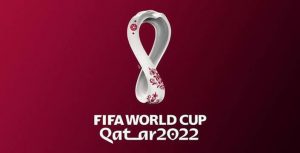 What appears to be a strange scene from the outside is actually a sincere expression of happiness, rage, and enthusiasm over a game that has been able to bring people together even in these trying times.

For the past month, Addis Ababa’s restaurants, pubs, and clubs have been packed with supporters of beloved teams taking part in the Qatar 2022 World Cup. You may see football fans and aficionados enthusiastically consuming the games everywhere you go.

Because their favorite locations are now crowded with World Cup-spirited fans, people like Solomon Haile, who are ardent football fans even outside of the World Cup, have expressed discontent with the rise in watchers since the Qatar games began.

Solomon is a football enthusiast who likes the sport independently of the tournament’s energy. He claims that a large portion of the World Cup’s viewers aren’t particularly soccer enthusiasts and are instead there for the thrill of the title, which only occurs once every four years.

“I watch football in bars the majority of the time, even during the Champions League, and I enjoy it. When the World Cup began, I realized that most of my favorite places were filled and there was barely any room to sit, which made me a little uncomfortable,” Solomon said.

Solomon doesn’t like crowds, but he still enjoys watching the World Cup games, and he keeps going to the many bars that show them live. “The intensity and exhilaration of watching it with a bunch of people who share your feelings is unrivaled, thus I prefer to watch football games outside.”

Like Solomon, a lot of people desire to experience each game’s excitement among other ardent supporters. Numerous establishments that provide clients with goods, services, and entertainment are aware of this and have organized World Cup-themed gatherings for their patrons.

Customers who want to watch the game with friends and drinks have become more frequent at such establishments, resulting in a marked increase in customer numbers.

Since the World Cup began, spots like Atmosphere and The Club have offered viewings of every match, causing the location to be more packed than usual and causing a surge in these businesses.

The Club’s manager, Wondinagegn Kabtimer, has noticed a shift in the mood of his patrons during the past month. “Football enthusiasts who want to enjoy the game with our food and beverage offerings have increased, and the energy is amazing.”

Football enthusiast Henok Sinku, who has been watching games at Atmosphere for the past month, is devastated that the competition is coming to an end. He mentioned how much he enjoyed how it united everyone.

Henok and his friends typically sit with strangers during the games, but they are able to make friends when rooting for the same team or through friendly competition when their teams face each other.

“I honestly have no idea what I’ll do once the tournament is over. Every week, I looked forward to each of the games, and now I’ll have to find something else to entertain me as much as the World Cup did,” Henok said.

“I don’t generally follow football and don’t love it,” said Soliana Terefe, a 24-year-old with little interest in football. “The World Cup, on the other hand, is a different story. I really appreciate the adrenaline of each game and being on the edge of your seat, hoping that your team wins.”

The thrill for Soliana also includes the people surrounding her. “Everywhere I go, I see how many people are World Cup supporters, and it’s amazing to see everyone coming together for something like this. When your team scores or misses a goal, the unified joy and disappointment of a bunch of mostly strangers is pretty amazing to witness.”

Despite Ethiopia’s failure to qualify for the World Cup, the excitement and joy brought by the games have made it here.

Even though it’s only been a matter of 25 days, the city has seen a rise in the subculture of support teams. This Sunday’s final game has many fans gearing up for one more night of anticipation, happiness, heartbreak, and enjoyment before a four-year hiatus.