Abera Mishawo, who recently moved back to Ethiopia a year ago, will never forget the agony that he went through in South Africa a decade ago. It was a gamble that he made that nearly cost him his life. His journey began in Hossana, 231 kilometers away from Addis Ababa and located in the Hadya Zone, the place where he was born.

Abera paid 150,000 birr for the human traffickers. Having paid off the Kenyan border guards, the traffickers in Ethiopia assisted him in making the journey across. The traffickers made it seem like a picnic, but it was anything but.

The authorities in Kenya arrested him at first for unlawfully entering the country, and he was held in custody for a period of three months. By the time he was released from jail, the traffickers had vanished completely from the scene.

In order to continue his journey to South Africa, where many Ethiopians have migrated in search of a better life, he needed to build up some money first. He began working as an injera baker for a business in Kenya that was run by Ethiopians.

“Once I had the money to pay the traffickers, I was able to continue my journey from where I had previously stopped,” he said. “As I traveled through Tanzania, Mozambique, and Malawi, I was beaten by the traffickers, and I was not even able to receive food more than once each day during that time.”

The South Region, especially in Hadya and Kembata, has been the origin of many Ethiopians moving to South Africa in pursuit of better living conditions; hence, migration continues to be a significant concern in Ethiopia. While the entire world is focused on what is occurring in the northern part of the country, where there has been a large-scale war for the past two years, the migration crisis that has been occurring in the southern part of the country has been ignored.

The flight of undocumented migrants from Ethiopia to South Africa is fraught with a significant amount of danger, while there are substantial dangers that exist in the country. The migrants are confronted with significant obstacles and dangers with regard to their ability to make a living and their legal standing in the country.

Nonetheless, any people who are considering migrating to South Africa are steadfast in their intention to do so, even in the face of the dangers and difficulties that their friends and relatives face both on the journey there and once they have established themselves in South Africa.

Many were inspired to move to South Africa by the country’s welcoming culture, which provides migrants with a significant amount of autonomy within the confines of a migration regime that does not require them to live in camps and gives them the opportunity to work, albeit subject to certain limitations on their earnings.

Many people are baffled as to why so many people from Hadya Zone and, more recently, the neighboring Kembata Zone make the dangerous journey to South Africa. However, there is a historical context herein.

According to a study that was funded by the EU and released in July of 2020, there were two streams of migration that made up the two zones of origin for many migrants in South Africa. The first wave of migration happened in the early 1990s, when people tried to get away from the war between the former Derg military government and armed groups like the Ethiopian People’s Revolutionary Democratic Front (EPRDF), which then became a ruling party for decades to come.

The second stream, which coincided with the appointment of Tesfaye Habiso as Ethiopia’s ambassador to South Africa in 2000–2001, is also a result of political prosecution in the two zones, where the EPRDF regime was arresting youths for being supporters of opposition groups. It is thought that Tesfaye arranged employment opportunities for a large number of persons who came from Hadiya and Kembata, as suggested by various shreds of evidence. 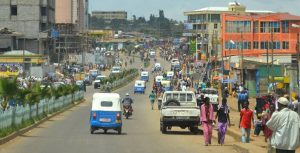 Melaku Erose, who did his master’s thesis on the subject last year, explains that while the past suggests that peer pressure is likely to fuel the migration, the current economic condition is also encouraging many to take the risk of traveling to South Africa, despite horrific stories of some who died en route to Africa’s economic powerhouse. “Families sell everything they own, including land, to send their children there because they think there is no future for them at home.”

Even more gruesome stories surfaced in November 2022 and last month, two years after 64 Ethiopian men were discovered dead from asphyxiation in a locked shipping container in Mozambique.

Last month, authorities in Malawi discovered 29 corpses in two graves in the northern district of Mzimba’s Mtangatanga forest reserve. There has been a preliminary conclusion that these are the bodies of Ethiopian migrants aged 25–40 who were on their way to South Africa.

Last week, the bodies of 27 men were discovered on Sunday in Chongwe Ngwerere, an agricultural area on the outskirts of the capital city of Zambia, according to an announcement made by the Zambian police. They were migrants from Ethiopia, and they died of what is considered to be a combination of hunger and weariness, according to the authorities. The International Organization for Migration (IOM) said it was “profoundly shocked and alarmed” by the discovery.

Migrants on this route are often subject to detention, violence, and even death, IOM added.

“This latest tragedy on the outskirts of the Zambian capital, Lusaka, highlights the urgent need to address the challenges of irregular migration, including through a transnational response to the smuggling of migrants and trafficking in persons along the ‘Southern Route’, which runs from the Horn of Africa to Southern Africa,” it said in a statement released on December 12, 2022.

More than 900 Ethiopians have reportedly perished on migratory routes since 2014, including those involved in this most recent tragedy, according to the Missing Migrants Project, which records people who die in the process of migration.

“Even though it is possible to earn a better income in South Africa, thanks to the ample opportunities that exist there, I do not think making a huge sacrifice by traveling through these countries with the help of traffickers is worth it,” Dilnesaw Lerebo, who is now living in South Africa, said. “I traveled here by airplane and had nearly no issues along the way; nevertheless, in order to repay what I had to borrow in order to get here, I had to labor for free for one and a half years. It was somewhere around 150,000 rand.”

Abera also warns migrants to reconsider their decision before making the deadly journey. “It is getting difficult and becoming even more deadly. I suggest everyone try every possibility at home.”

Ersido Lendebo (MD), who himself was born in Hadiya, recently launched a project dubbed “Business Clinic,” a project targeted at unlocking the business skills of youths in Hadiya and Kembata.

“I believe the migration is partly caused by a lack of awareness about the opportunities that exist here. They can change their lives if only they utilize what they pay to traffickers to travel to South Africa,” said Erisido, who plans to connect trainees with banks once they acquire the skill to open a business.

Even if initiatives like those run by Ersido benefit some people, the hardship of migrants will not be alleviated so long as jobs are hard to come by, and other regions with a low migrant population will follow suit.