In DepthKidnapping for ransom: the new normal

Kidnapping for ransom: the new normal

Over the phone, a distressed sister pleading to save her younger brother bargains with kidnappers (suspected to be members of the Oromia Liberation Army—Shene) to reduce the ransom demand. She asked the abductors for a possible small payment and requested that they lead her on the steps, appearing scared, confused about what to do, and unable to meet the demands she had heard before. 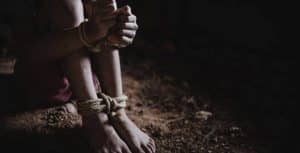 From what appears to be an area around Welenchiti, a town near the major business town of Oromia Regional State, Adama, a person who claims to be a representative of the kidnaper answers her phone. “Who are you? Who are you related to?” he asked. She told him. “Are you in Adama now?” he asked, followed by her answer that she doesn’t live there.

The abductor directed her to bring the money to Adama without stating where. As soon as they have the money, her brother will be released, the abductor said.

The conversation went on. “I’ve never seen that much money. How am I going to get you this right now?” she asked. The kidnapper immediately lost interest in continuing the conversation. She insisted on engaging in bargaining, giving her a little bit more time to speak.

“I only have 300,000 birr now,” she said, responding to his question of how much money she has. “Use the money to raise your brother’s kids,” the kidnapper said. “The captive has no kids and is not married,” his sister responded. “Build him a cemetery with that money then,” the kidnapper replied.

The phone rang, and the person who answered told her that her brother only has two days left and that it wasn’t clear how much money the people who took him wanted at first.

She was given an explanation of the situation by another individual who was working with her brother but managed to skip the kidnapping. Less than a month ago, about 20 people in two groups—11 from another location and nine from a project for which this woman’s brother works—were abducted. They were employed by a subcontractor for an Indian company.

“Their main intention was to capture and kill the subcontractor who hired us,” the friend of her brother said. “It is like a market; they would negotiate, and you are not required to give them all of the money they requested.”

Even though the kidnappers who took her brother were not willing to compromise, she saw a slight possibility that if she persisted in the negotiation, she might be able to save her brother’s life.

The road from Welenchiti to Metehara, another town in the East Shewa Zone of the same region, is the most dangerous of all for cross-country truck drivers proceeding to Djibouti.

Fiseha Ayele, chair of the cross-country drivers’ association organizing committee, shares how this corridor and most areas in the Oromia region have been the death zone for his colleagues. With the security threats increasing daily, drivers have long been complaining to officials that the 55-kilometer distance on the road from Welenchiti to Metehara is a no-go zone.

“A driver was killed most recently by the end of last November, and many others before that on this same road. We have always contributed money for fellow drivers in a ransom situation,” Fiseha said.

The ransom demands sometimes differ depending on the background of the drivers or other situations not clearly known by the association. Most of the time, families of the drivers are asked to pay from about half a million up to 300,000 birr. “They [kidnapers] sometimes conduct a thorough investigation on the drivers’ and their company’s background before setting the ransom amount,” he said.

Addis Ababa also has its share of kidnapping instances, with younger children as the most common targets. A housemaid kidnapped a three-year-old boy from the capital last October and ran away for 11 days until police found him in Debre Markos, a city in Amhara Regional State about 300km away from his home. The maid and abductors demanded money from the parents to release the boy.

Last Monday, Addis Ababa Police Commission began investigating a woman who told her husband and father of her two children that she was abducted.

The Commission accused the woman of calling her husband and demanding a Birr 150,000 ransom for her release. His wife warned him that if he didn’t transfer the money to her account, she would end up dead, and another individual also threatened him to comply with the request. The police said the woman was in a relative’s house in Akaki Kality subcity, not kidnapped. The number of kidnapping incidents in Addis Ababa is far lower than the cases reported in Oromia.

A few weeks ago, a group of 10 male workers from the state-owned Mugher Cement were kidnapped by members of the OLA fighters (going by the name Shene) that the federal government designated as terrorists.

With the orders from the kidnappers, all the captives were calling their wives and loved ones to follow the orders put in place. Ransom payments of 300,000 to 150,000 birr were made for each of the captives to be released. The least that was paid was 149,000 birr after a drawn-out negotiation.

What remains bizarre is the process by which the negotiations were taking place and payments were being made.

As one of the released captives narrates the situation, the family members, carefully abiding by the instructions, make their way to a location where a farmer awaits them, with no law enforcement bodies following.

In early October this year, a group of workers from this cement factory also faced an incident in which members of the OLA fired bullets on their bus, killing two and injuring 11 others.

Around the same period, the deputy manager of the factory and a few other workers were kidnapped by OLA members as they were traveling to the factory. Several millions of birr were demanded for their release.

Cement factories are among the major industries that have suffered as a result of political uncertainty and lawlessness. Recently, the Kuyu Cement Factory, one of the factories in the Oromia region, was attacked and forced to close. Habesha Cement also had to go through the same hurdles.

Mulat Gemechu, one of the prominent Oromo politicians from the Oromo Federalist Congress party, condemns such actions in the strongest terms. “This is only the result of rubbish politics,” he said.

Whoever the side is, kidnapping civilians for the purpose of political consumption would have severe consequences, he explained. The kidnappers might have their own agenda, on which they claim that it is to do no harm but send a message, but this is a grave crime by itself, he added.

“It would have no use for the kidnappers aspiring to be in power and lead the people tomorrow. It is an act of unlawfulness,” he said. “If they truly care for the public as a political entity and wish for their support tomorrow, they should never suppress them.”