The second and final phase construction of Adey Abeba National Stadium has been launched. This is to be the biggest stadium with 62,000 seating capacity. The first phase was built at a cost of 2.47 billion birr.

This phase is to take three years to complete and the Chinese State enterprise, the China State Engineering Corporation (CSCEC) is contracted to undertake the work. The construction had been delayed for much of the year.

The Facility Director at the Sport Commission, Asmera Gizaw, had blamed the “Inhabitant relocation and shortage of hard currency to import materials and pay contractors,” as the reason for the delay.

It is to be recalled that the Stadium faced much difficulty and its leadership faced a strong backlash from the Chinese government, including financial penalties and demotion when they tried to keep an accident that occurred under wraps. The accident, a fire that broke out, had killed seven people and left dozen others with severe burns; and instead of providing the victims adequate support, it instead transported them in the wee hours of the night with minimal financial support.

Ethiopia has faced a number of queries with its increasing investment in stadiums, throughout the country, when the nation has a lot of vulnerable population, while it relies on China to fund much of its government infrastructures.

In 2016, the Economist wrote an article titled – Ethiopia’s football follies – taking a poke of the various constructions of stadiums, depicting an average family awaiting dinner and instead being served a plate of stadium at the dinner table.

In addition, there has been grumblings about the location of the stadium, which is near Bole International Airport, surrounded by a neighborhood with little or old infrastructures and how it would accommodate the thousands of stadium goers when it opens in 2023, if it goes all according to plan. 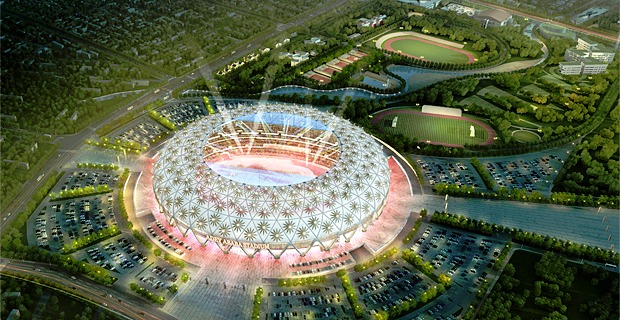